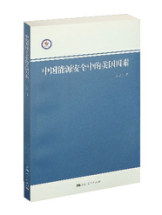 A result of the SIAS-led research project on sea lane and energy security cooperation between China and the US, America’s Role in China’s Energy Security, authored by Zhou Yunheng, was published by the Shanghai People’s Publishing House in August 2012.

Since China surged past the US to become the world's largest energy consumer, energy security has been proved not only a core topic for China’s sustainable development, but also a focal point for the international community.

The book discusses how the US will affect China’s energy security after China’s progressive integration into the global energy market and active participation in the campaigns against global warming. Due to lack of strategic trust between China and the US, China’s effort in seeking overseas oil and gas resources is likely to trigger a gradually escalating friction of interests between the two countries. As for the energy sea-lanes, China and the US share a brilliant prospect of cooperation though the possibility of conflict also exists. Nonetheless, there is an infinite potential for both sides to cooperate in energy utilization, since both countries will benefit from collaboration in improving efficient energy use in China.