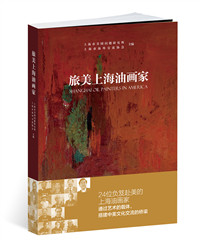 Shanghai Oil Painters in America, compiled by the SIAS and the Shanghai Overseas Exchange Association, was published by the Zhongxi Book Company in August, 2015.

The book introduces a group of Chinese painters that travelled to America in the course of their careers following China’s opening up. Sharing a strong bond with Shanghai, these artists have made contributions to the cultural and artistic relationship between the city and the US. By illustrating the lives of this group of acclaimed and successful painters, the book aims to demonstrate the influence that Shanghai’s creative talents have brought into the American art world, and to show how America influenced these individuals in turn.

Previous Page：A Century of Cultural and Arti...
Next Page：Americans in Shanghai (Volumes...