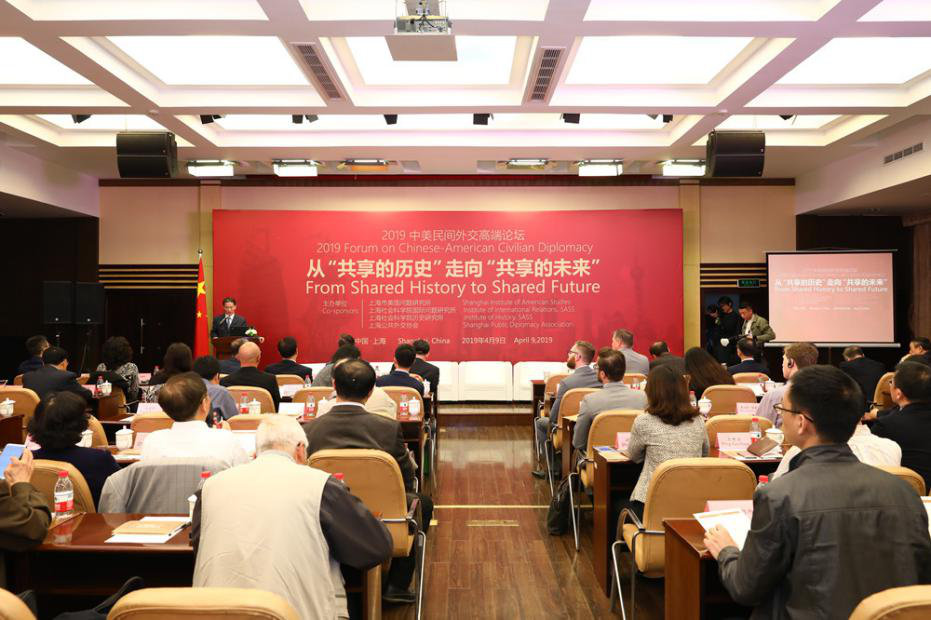 On April 9, 2019, SIAS jointly held the “2019 Forum on Chinese-American Civilian Diplomacy”, together with the Institute of International Relations at the Shanghai Academy of Social Sciences (SASS), the Institute of History at SASS and the Shanghai Public Diplomacy Association (SPDA) at the Shanghai Federation of Social Science Associations (SFSSA). The theme of the forum is from “shared history” to “shared future”. Over a hundred academics, experts and professionals from the fields of economics, trade, education and culture from both countries attended the event.

Those whom participated highlighted that President Xi Jinping placed great importance on sub-national cooperation between China and America. On several occasions, he has repeatedly called for deeper regional cooperation, which he said would benefit both the long-term and overall relations between the two countries. Over the past four decades, owing to support of local governments and their peoples, steady progress has been made in bilateral relations, with regional and people-to-people exchanges having laid the foundation for its success. From a “shared history”, we are able to manage differences and ease disputes and move toward a “shared future” that meets the common interest of the two peoples and expectations of the international community.