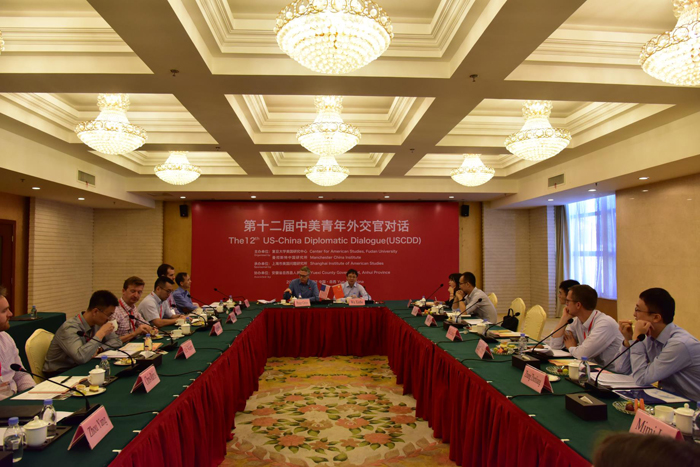 The 12th US-China Diplomatic Dialogue (USCDD) sponsored by the SIAS was held in Yuexi County, Anqing City, Anhui Province on September 21-22, 2019. During the two-day conference, young diplomats from China and the US shared their views on a variety of issues, including how to maintain bilateral social and cultural exchanges, how to manage the trade dispute and sci-tech competition between the two sides, how to control the security competition in East Asia, as well as the prospect for China-US relations in the next five years. Nine representatives from the Ministry of Foreign Affairs of China and eight representatives from US Embassy and Consulates in China participated in the dialogue.

Launched in 2007, the US-China Diplomatic Dialogue is an annual track 1.5 dialogue hosted in rotation between China and the US. The dialogue aims to create a platform for young diplomats from the two countries where they can share their ideas and enhance mutual understanding. This event was endorsed by the Ministry of Foreign Affairs of China and the US Department of State.